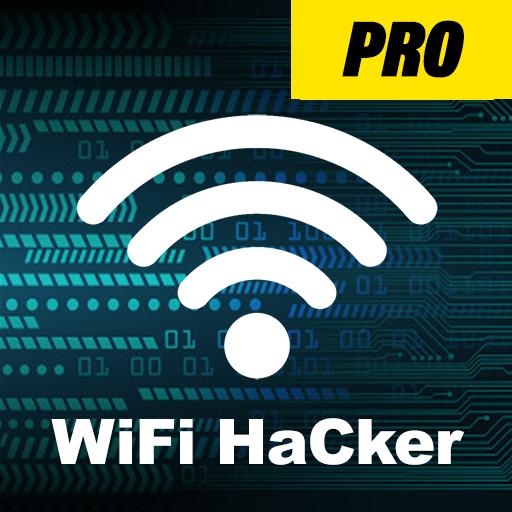 After the long holiday, first I want to say Merry Christmas and Happy new year 2014 to you. Today we will learn about 5 Steps Wifi Hacking – Cracking WPA2 Password. A lot of readers send many request regarding how to crack wireless WPA2 password in our request tutorial page.

Wifi wps pin wpa2 hack prank is a free wifi hacker simulator app which simulate the real wifi crack for protected wireless networks such as wpa-psk and wpa2-psk encryption with or without wps pin,It does not actually harms or breaks into the wireless networks. Wifi Master Key Apk. Wifi Master Key is one of the best wifi hacking apps out there, which is freely available for its Android users. With millions of users worldwide, it is one of the most reliable and secure Wifi hackers without root tools. With a single tap, you can search all the nearby Wifi networks and hotspots.

A flaw in a feature added to Wi-Fi, called Wi-Fi Protected Setup (WPS), allows WPA and WPA2 security to be bypassed and effectively broken in many situations. Many access point they have a Wifi Protected Setup enabled by default (even after we hard reset the access point).

In this tutorial I use ALFA AWUS036H from Amazon.

1. Open our terminal (CTRL+ALT+T) and type airmon-ng (view tips and tricks how to create keyboard shortcut on kali linux)

this command will lists our wireless card that attached with our system.

2. The next step we need to stop our wireless monitor mode by running airmon-ng stop wlan0

3. Now we ready to capture the wireless traffic around us. By running airodump-ng wlan0 our wireless interface will start capturing the data.

Beacons: Number of announcements packets sent by the AP

#/s: Number of data packets per second measure over the last 10 seconds.

ENC: Encryption algorithm in use.

ESSID: Shows the wireless network name. The so-called “SSID”, which can be empty if SSID hiding is activated.

4. From the step 3 above, we can find access point with encryption algorithm WPA2 and note the AP channel number. Now we will find out whether target AP has WPS enabled or not.

if the WPS Locked status is No, then we ready to crack and move to step 5.

5. The last step is cracking the WPA2 password using reaver.

Because we already get the information from step 3 above, so my command look like this:

it took about 5 hours to crack 19 characters WPA2 password (vishnuvalentino.com) from my Kali virtualBox, but it depend with our hardware and wireless card.

1. WPA and WPA2 security implemented without using the Wi-Fi Protected Setup (WPS) feature are unaffected by the security vulnerability.

2. To prevent this attack, just turn off our WPS/QSS feature on our access point. See picture below (I only have the Chinese version 😛 )

Notes: Only practice this tutorial on your own lab and your own device. Hacking can be a crime if you don’t know where to put it.

Share this article if you found it was useful:

The Application will try to connect to WPS enabled Wifi Routers that have the WPS vulnerability using some algorithms to connect to the Wifi.Hacking anything is forbidden in all religions - And this application has been developed for totally...

With a hundreds of millions of free Wi-Fi hotspots shared by our users globally, you can connect to free Wi-Fi with WiFi Master Key (by en.wifi.com - LinkSure Singapore)!Search & connect to shared WiFi hotspots indicated by a Blue Key. Easy...

Point is vulnerable at the WPS protocol?Wifi Wps Wpa Tester is the app that you need!With this app, you can test the connection to AP with WPS PIN.PINs are calculated with many algorithms:-Zhao-TrendNet-Dlink-ArrisAnd others...

REQUIRED TO BE ROOT !!!!With this app you'll can connect to WiFi networks which have WPS protocol enabled. This feature was only available in version 4.1.2 of Android.App developed with educational purposes. I am not responsible for any...

WIFI WPAWPA2 WPS Hacker Prank 2016 it is perfect WIFI WPS wpawpa2 hack creates the illusion that it will hack into secured...

This app (formerly known as Greek WPA Finder) was originally intended for use inside Greece as it can recover default WPA Keys of specific router brands that are popular in Greece thus helping you test your network...

wifi wps wpa tester is a free wifi hacker simulator app which simulate the realwifi crack for protected wireless networks such as wpa-psk and wpa2-psk encryption...

Caution: Current version may not work properly on some Samsung devices.Ever wanted to know the password of the WiFi you are currently connected to? Or you just forgot your home WiFi password and you want to recover it? This app is tailored...

'Wifi Router Passwords 2016' is an app which allows you to discover the default keys and passwords of the best selling WiFi Routers in the world. You forgot the password for your router and now can not access it, with this application...

wifi wpawpa2 wps tester is a free wifi hacker simulator app which simulate the realwifi crack and wps connect for protected wireless networks such as wpa-psk and...

wifi wps wpa tester is a free wifi hacker simulator app which simulate the realwifi crack for protected wireless networks such as wpa-psk and wpa2-psk encryption...

wifi network.Security Type:WEP 64/128/256 bitsWPA2 64/160/504 bitsAdvanced coding algorithms create a key for you, is completely random to prevent hack attacks or attacks by hackers on your device.You will achieve a high...